The media talk about CARLAB

It’s always an honour for our team when car specialised media talks about CARLAB products and services. Here is a selection below.

Carlab moves up a gear in the automotive photography

“The company, which develops software and builds photo studios for cars, aims to double its activity, in part with its embedded damage scanner.” 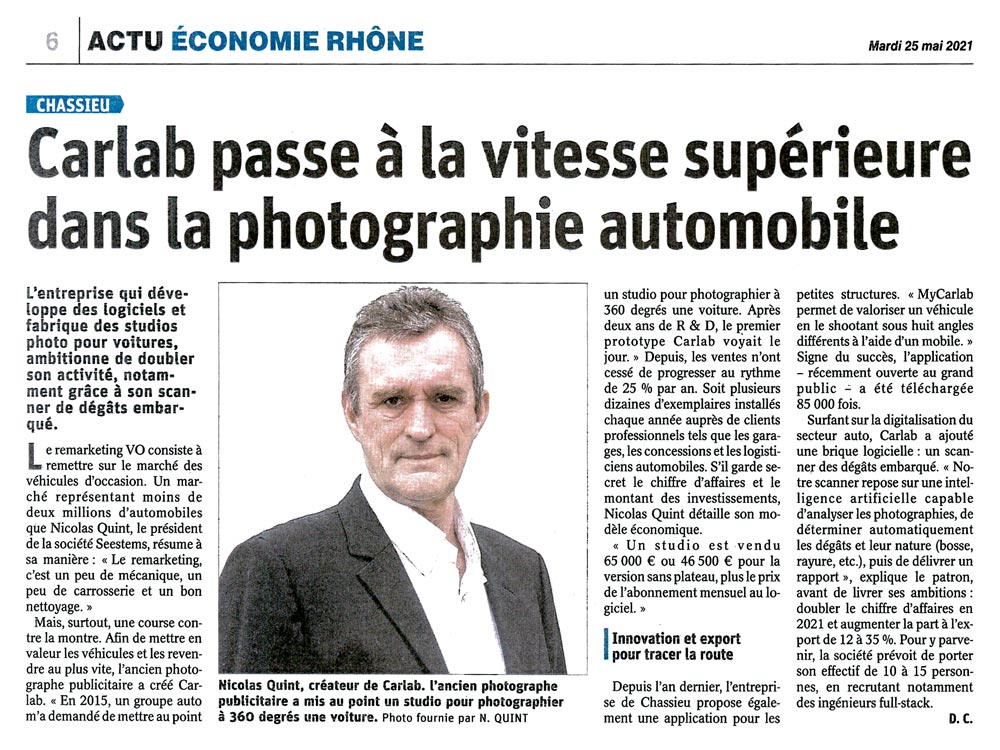 Carlab, experts of the automotive imagery

“In just a few years, Carlab has became a major actor in the automotive digital photography. With its photo studios for cars, the company equips the automotive sector professionals with top-notch tools.

Indeed, Carlab has quickly became the sector leader in Europe. Several years of research and development helped to create an innovative photo studio, without any turntable, producing 12 photos of a vehicle combined in a 360° view. The absence of any motorised turntable makes the studio structure easier to install, cheaper and requiring less maintenance.

The studio’s price includes its shipping, its installation, its setting-up and a user training session. In this sector, Carlab is also the less expensive on the market. […]”

From the advertorial “Carlab, experts of the automotive imagery”
on AutoPlus.fr website, 10 may 2021

In early August, near Poitiers, the Emil Frey group has opened its CRVO, a reconditioning centre for second-hand vehicles, on more than 7 000 dedicated m2. The centre is equipped with CARLAB photo studios, a powerful equipment, perfectly suited to the group’s needs for rapidity, quality and efficiency.

“Today, online sales are developing and we must go out of the usual paradigm. We are standardising quality and transparency with this centre: the more beautiful is the exposure, the more we have chances to sell quickly and at the right price.”

“Two 360 degrees photo studios are installed at the back of the centre, permanently handled by two photographers. It is the last step of the reconditioning process before returning the vehicle to the dealership.”

Carlab : make the difference on an ultra-competitive market

“Three new solutions for 2020: Always looking for innovations, Carlab presents three new solutions this year. The first one is the myCarlab app, a turnkey product. Made for small structures and retailers, the app gives the opportunity to take automotive photos on a mobile device. […]

The second new solution is the Carlab One Shot photo studio for cars. This studio comes without a turntable, but allows taking photos under every angle. […]

The third new solution is a built-in damage scanner. “The scanner’s mission is to automatically recognise every damage or wear present on a vehicle by photographing it.” […]”

From the article “Carlab : make the difference on an ultra-competitive market” by Victoire de Faultrier-Travers
on decisionatelier.com website, june 2020 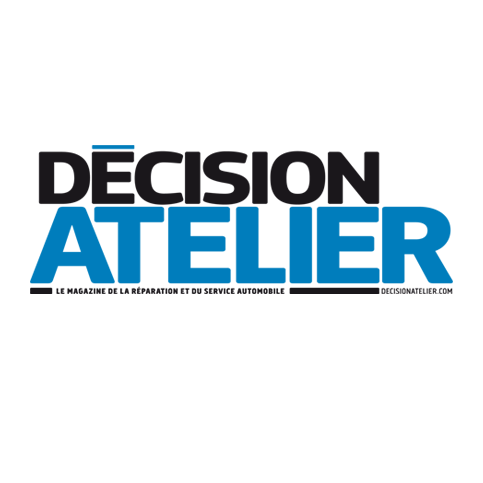 “The car photography solution comes back with a new photo booth and two associated services. An overhaul and an upgrading of its solutions which open it doors to european markets.

Seestems, the French company producing these photo studios for used cars, has unveiled a new triptych of solutions for automotive professionals, including car dealers, car rentals, auctioneers, manufacturers and logistics. Big changes in the catalog focusing on the photo booth which the company sells for a decade.” 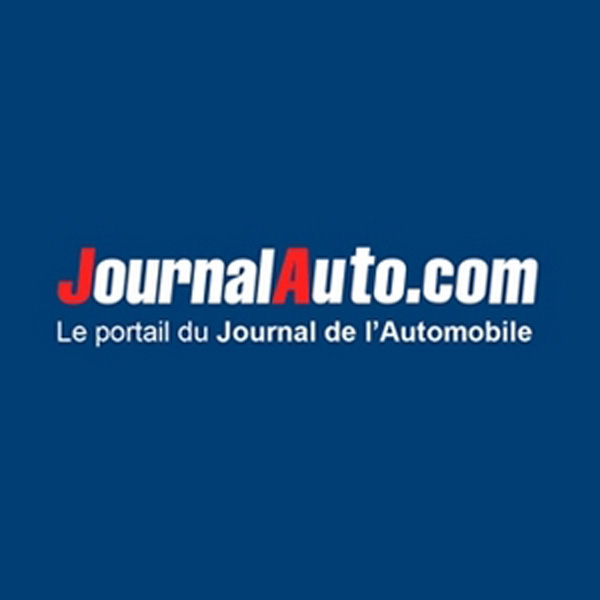 Buy your car on the internet

As part of the Turbo broadcast on M6, and in a report dealing with the purchase of cars online, CARLAB equipment can be seen, presented as a powerful technical means to highlight the vehicles on the online sales websites.

Report “Buying your car on the internet” (starts at about 27 min) in the Turbo TV show of 9 December, 2018 broadcast on M6

Partners of the “Trophées du VO”

“The partners of the event (VO 2018 Trophies) speak about their commitment.

Carlab, the brand of the company Seestems, is the leader in Europe for photo studios and software for used cars and zero kilometre cars. As such, participating in the 5th VO Trophies is proof of the importance of the event and corresponds to the main subject, the digitisation of VO. The latter stresses content first and foremost, this being the VO to be highlighted with quality photos of both the exterior and interior, as well as a presentation of the VO in 360° but also details on the options and bodywork called “points of interest” (hotspots). But above all, we support our clients and prospects with our team of 12 experts with significant experience of advertising images for 30 years and digital image and marketing for 18 years. (…)

Our R&D will provide answers to the productivity of VO marketing in 2019 and support the sector in the valorisation of VOs, from sellers to individuals.”

“The Photomaton™ of the car”

“Original: the Photomaton™ of the car

Just browse ads on Leboncoin to understand the phenomenon: some photos are real sales-grabbers! Hence the interest in the first “photo booth” for cars! Named the Carlab concept, this is a photo studio designed to highlight each vehicle: uniform light diffused from a stretched canvas ceiling, turntable to shoot the car from all angles, including the interior…

The result is very clean! For the time reserved for pros, Photomaton will open next month to individuals at Auto Clean in Compiegne (60) and Corbi in Montendre (17). ”

“For a long time, the repackaging of VOs has been based on two major issues, time and volume, in order to optimise costs and satisfy the customer. Now, it is advisable to improve both the speed and the quality. The quality of the preparation, but also shots, to enhance the attractiveness of vehicles among the myriad of ads online. It is no longer a question of offering ten or twenty interior and exterior illustrations, as suggested by the classifieds sites and the consultants, but rather to stand out from current practices on the Web by opting for a more modern approach. (…)

For the company Carlab, which offers industrial photo labs for logisticians, repackaging specialists and distribution groups, the interest goes beyond France, since it develops projects with Belgian, Spanish, German and English groups. “The strength of a photo booth is that it provides a totally sanitised and standardised environment around the vehicle,” claims the company.

Extracts from the article “Increasingly photogenic VOs” by Benoît Landré
published in L’Argus no. 4516 in September 2017